Empty Chairs: Much more than a story about child abuse (Standing Tall and Fighting Back. Book 1) Kindle Edition

Stacey Danson, lived through and beyond horrific child abuse. This book tells of her brutal beginnings, the streets of Sydney at the age of eleven were preferable to the hell she endured at home. She ran, and those streets became her home for five years. She was alone, ill, and afraid. Stacey also had an unshakeable belief that she would do more than just survive her life. She would not allow her future to be determined by the horrors of her childhood. She reached out for something different; there had to be more to life; if she could only find it. She had a dream of a life where pain and humiliation had no place. She was determined to find that life. Empty Chairs is the beginning of the journey. Now she is living the dream.

I’m Thoroughly In Awe Of This Author

Format: Kindle Edition Verified Purchase
I first heard about this book a few years ago. A friend of mine told me it was a must read,when I went to order it I found that it was no longer available,I contacted the author on Goodreads asking about it,and she apologized stating,it would not be available again. I was very disappointed,but things like this happen.So you can imagine my utter delight when I found out it was going to be re released. I couldn’t wait and as soon as it was available,I snapped it right up . I was not prepared for what was hidden within the pages of this book,I’ve been dismantled and put back together again while reading this story. I am not a wilting flower,I’ve heard about atrocities that would shrivel your soul,and yet…. I was not prepared. It took me two months to read this book,not because it was a slow read or because it was poorly written,but because I needed time,time to regain my composure, to get my head straight, because I was continually ripped apart emotionally. I wanted to jump into this book and save the person who would be known as “Sassy Girl”. Sometimes the only one that can save you is yourself and Sassy learned that at such a young age,she has a powerful spirit and I greatly admire her.I walk away from this tale forever changed,and thoroughly in awe of Stacey Danson/ Suzanne Burke for having the strength to share this story,THANK YOU Stacey/ Suzanne ,you are an AMAZING human being and I Will forever cherish this gift you have given. So as my friend told me,I must tell you,this book Is a MUST READ. I highly recommend it to any and everyone who has the ability.

CURRENTLY RANKED in AMAZON TOP 100 PAID IN KINDLE in The U.K

BOOK 2 in the NON-FICTION series is 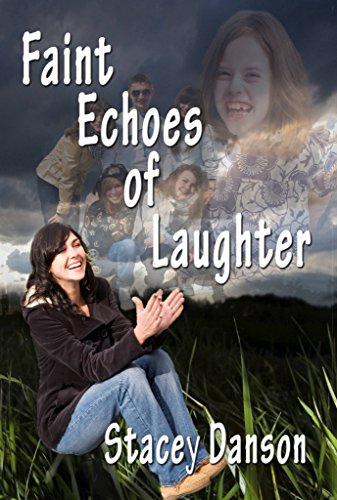 The shocking and spirited sequel to the much-praised ‘Empty Chairs’. Life on the streets of Sydney was preferable to the nightmare Stacey Danson had survived in the hell that was home.

She hit the streets running at the age of eleven, and armed with a flick-knife and a fierce determination to live a different life, she began the journey from the 1960s to today. For those that came to know ‘Sassy girl’ in ‘Empty Chairs’, and for those caring people that asked how her life worked out from there, ‘Faint Echoes of Laughter’ continues the story.

For those that haven’t met her yet, this book stands alone as a tribute to the kindness of strangers, the loyalty of true friendships and the way things really are on the streets of any town …. anytime.

Moving and gripping,
By
G. McCullough
This review is from: Faint Echoes of Laughter (Kindle Edition)
I, like everyone else who has reviewed it, found this book very moving, and so completely honest. Stacey Danson has a rare gift of description; she brings places to life in very few words. But her ability to share emotions is even more striking, and in fact it left me breathless. It’s a while since I read Empty Chairs – I’d forgotten how good this writer is at this sort of thing.
Ms. Danson plunges straight into the story and suddenly we are right there in the damaged container in the docks with her, meeting Momma and Cassie and Jamie and Baby Jenny and herself, ‘Sassy.’ All these characters emerge so deftly and subtly that it seems we have known them for a long time and understand them fully. This was one book which I couldn’t stop reading – I had to read on, to hear how they coped with Momma’s baby, to find out what happened next to these brave children whose independence was so impressive, and who lived together as so much more of a family than most real families, looking after and caring for each other. Ms. Danson’s courage in writing this has produced a book which is in a class of its own. Her courage and her writing ability both deserve the highest praise.

UPCOMING EVENT … BOOK 3 in the series of NON-Fiction works “Still Sassy at Sixty” Due out MARCH 2017.