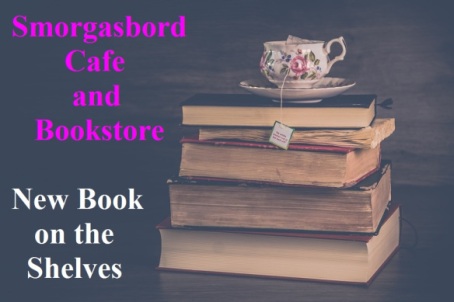 Delighted to welcome Suzanne Burke to the Cafe and Bookstore, with her memoirs written as Stacey Danson and her other books as S. Burke. The featured book is her most recent, a thriller, The Reckoning Squad. 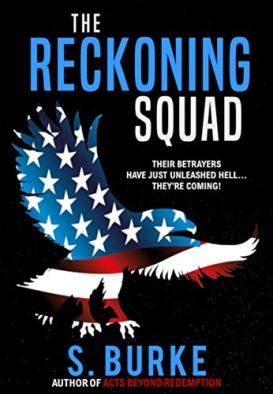 The Reckoning Squad was the new name being whispered in the darkened corridors of the powerful in Washington. The name was whispered with awe, and the whispers grew louder.

Twenty people had been carefully vetted and recruited to undergo specialized training. Training engineered to break them utterly, intended to shatter everything they once believed themselves capable of surviving. Only the best of them made it through the twelve weeks of hell. They now formed a cohesive black-ops unit, known as The Reckoning Squad.

Their facility is breached, and the team’s numbers are decimated. The survivors know that they’re in a fight for their lives. They have been betrayed from within. Trust…

Hello and welcome to my book review of “Hieroglyph;(TC’s Adventures Book 1) by Wendy J Scott @WendyJayneScott

Wendy has an NZ Certificate in Science (Chemistry), which allows her to dabble with fuming potions and strange substances, satisfying her inner witch. Wendy writes adult fantasy as Wendy Scott and children’s stories as WJ Scott. In 2012 Hieroglyph was selected by NZSA for one of five mentorships (mentor author Anna McKenzie). Hieroglyph won the Gold Medal in the UK Wishing Shelf Book Awards 2015, 9-12 year category, and the Silver Medal in the International Readers’ Favorite Book Awards, Children’s/Preteen 2016. 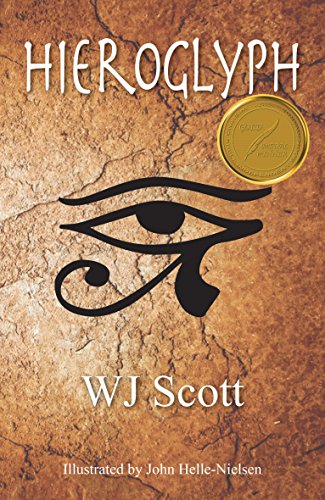 13-year-old TC has a secret. No one knows she possesses a supernatural power.
Can TC help her Uncle Max, an archaeologist; to unearth enough evidence to prove Ancient Egyptians visited Australia before he’s discredited in the media by those that want the past to stay buried?

“Some would say that I have a gift, but to me, it’s always been a curse. Before I changed my mind, I tugged off my gloves and whipped my head left and right, checking to see that no one was watching. I sucked in a breath and steadied my nerves then thrust my hands against the stones and touched one of the cartouches. Time and place ripped away.”

An enthralling archaeological mystery, mixing the supernatural with humour and suspense.

The first of TC’s adventures – an archaeological mystery for junior readers and above.
Family-friendly

I’ve heard so many good things about this author and I’m delighted to find that praise well deserved. This short should capture and hold the attention of its targeted audience. It’s well written and doesn’t make the mistake of talking down to its intended readers. Beautifully done.

As an Australian, I was immediately drawn to the story and found all the descriptive and visualizations of my beautiful country to be accurate and well described. Bravo.

The plot is multi-faceted and intriguing. Did the ancient Egyptians visit Australia? Ah, but see it matters not if they did or they didn’t. This talented author involves all the senses throughout her book and makes all she writes seem utterly feasible. You become a believer.

The characterizations could perhaps have been fleshed out a little more, we all read things differently after all. However, nothing distracts from the story. Others have written much about the inner workings of this book, so I’ll be brief.

Young protagonist TC is developed very well and has the strength to carry that throughout this short read.

She joins her Uncle Max in Australia, whilst he is enveloped in his research into the possibility that the Ancient Egyptians may have visited its shores.

Members of the media are going out of their way to discredit him.

TC’s special abilities allow her to envisage that time as if she were right there in the midst of it. Author Scott has marvelous descriptive abilities certain to transport the reader into a time and place of the authors choosing. I highly recommend the book to the young teens and the young at heart. Well done.

Thanks for stopping by this morning. I look forward to hearing your thoughts. ❤ 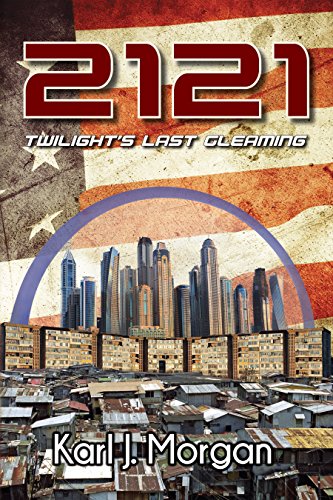 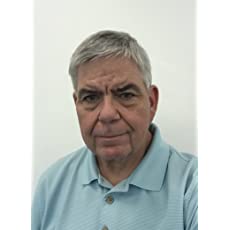 I love science fiction and fantasy! As a normal, breathing human being, I have my own ideas about how and why we are here. I also have my views on why evil and good exist in this world. Put all of that together and I am blessed to have the chance to share my words with you, my readers.

Writing continues to be an adventure for me. Each story refines my skill and allows me to delve into different aspects of my personality and to better define my world-view. But please do not think that makes me special. We are all on our own adventures, and hopefully, each of our lives allows us to learn and grow.

If you are interested in stories that will challenge how you see the universe around you, my books might be right up your alley. Expect the unexpected. I have written space operas where you can travel the universe and see how much and how little things change from planet to planet and species to species. I have and am writing crazy stories about people who somehow end up with incredible talents that can and do change the world. And believe me, the adventure has just begun.

Is America’s future in the hands of a fourteen-year-old boy? Jack Kennedy is growing up in a nation destroyed by a corrupt, uncaring government. While the elites live in splendor in their domed city centers, the masses live in squalor and poverty. Farmers struggle to survive in walled villages to protect themselves from the terrorists and gangbangers who ravage the countryside.

The elderly are banished as there is no will or money to support them. The promise of our country has become a dystopian nightmare where life is hard and hope is an illusion.

Until now, Jack’s life has been good. When his best friend ventures to the nearby Ottumwa Free City to look for his former coworkers, Jack hitches a ride and discovers our president’s horrific secret. The truth is revealed in the slaughterhouse, and their lives will ever be the same again.
In this fast-paced action thriller, Jack and his friends and family must fight the most violent and terrifying forces of man and nature to stay alive. If they succeed, perhaps there is hope for all of us; if not, we are doomed and America will be forever lost.

My Review: ⭐⭐⭐⭐ A dark vision of a future tinged with hope.

This book captured my attention immediately. Predominantly because the central character’s name of Jack Kennedy invoked immediate images and thought of another great man who carried this name. One wonders if this was deliberate: if so it certainly worked for me.

The world of 2121 is a terrifying place to try and survive. I’m reminded of Soylent Green in many ways. Author Karl Morgan doesn’t spare us from the stench of corruption in the book. He takes us into the darkest recesses of man’s inhumanity and he does it without flinching. The inhuman side of humanity is revealed in strong language which I found absolutely necessary. The author has used military terminology to great effect and has clearly done extended research.

The rich and privileged live in absolute comfort, protected under their domed city.

While the poor try to survive the utter devastation and poverty. The elderly are banished and cannibalism has become the acceptable norm.

Yet there lingers a dream and a hope amongst those that see a different future, that premise keeps the book from being too painful to read. I became a little confused in parts where the threads of the story overlapped. However, this was a good read and I’ll be reading more of this author’s work as a result. not for the faint-hearted, but for those that enjoy hard-hitting writing this should prove a most enjoyable read.

Like Loading...
This old world just keeps getting weirder by the minute, but given I wasn’t expected to live more than a few hours when I was rushed into hospital recently the weirdness just continues. My darling daughter found me unconscious and unresponsive and a team of dedicated paramedics kept me alive as they rushed me into the intensive care unit. The doctors are at a loss to understand how I possibly survived, I was clinically dead and the fact that I’ve just been released and am back in the loving shelter of my dear little family as we go into the world wide lockdown has them scratching their heads in amazement. My daughter and I have spoken at length about this and we have both come to the conclusion that even in my subconscious my absolute will to fight back will not let go. I don’t know the answers, my friends. I do know that my life has been one massive fight for survival and I simply don’t know how to give up. Whatever the reasons, my friends, I’m here. I’m loved, and if I have more words yet to write they will be written. Thank you so much for caring. I hope that you and your loved ones are safe and know that we all stand united in a world holding its breath. United we stand, divided we fall. Great old song, it means so much more to hear it now.
Hugs, my friends.
Soooz.❤️
https://www.youtube.com/watch?v=i3ScvoMvBK8

Travel, History, Fiction ~ Romania & South Africa ~ 'For what is wind, but the amassed power of words long ago uttered?'