Hello, and welcome to the Cover Reveal of my New Thriller Anthology

It is such an exciting time for an author when releasing a new book! I would be remiss in not sharing my heartfelt thanks to the marvelous people who gave of their time so readily to beta read my latest book. Their valuable insights helped me enormously when crafting “The Alternative”

It is NOW available for Pre-Order

I have many good friends sharing this cover across the blogosphere today and tomorrow, so you’re likely to see it pop up in various places. Thank you to everyone participating in my cover reveal splash, and to everyone dropping by to share in my excitement.   Here’s my new baby . . .

With much gratitude to Eeva Lancaster at The Book Khaleesi for the cover creation.

Cover Created by Eeva Lancaster at The Book Khalessi

Presenting “The Alternative” A Thriller Anthology. 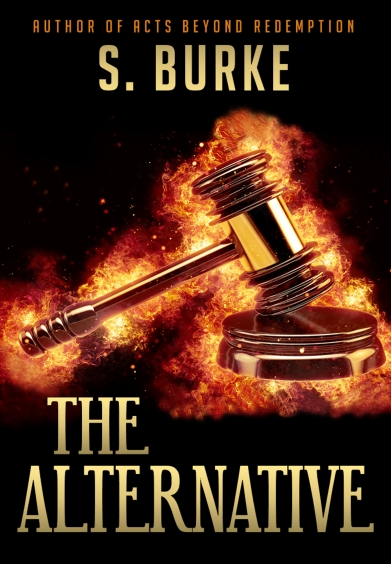 There are those that cling unreservedly to the lifeboat that believing in Karma hands them so willingly.

They work, they live, and they function in a world that allows them the option of unreservedly trusting that Karma has no deadline.

Until they are handed the spark that ignites them into becoming the instrument of Karma itself.

There are others who have had all they once held to be truths, everything they once stood for and took pride in, torn apart and ripped from them by the hand of a cruel fate.

Then, of course, there are those who believed in nothing and no one, to begin with …

These are their stories.

The stories of people both good and bad, who made the choice to exact “The Alternative.”

An excerpt from Chapter 1. Picasso.

The tall man stretched his arms and flexed his long artistic fingers. He stood back to gain a different perspective of his latest work of art. He’d spent a great deal of time sketching his outline and was well satisfied with the outcome. Perhaps this one would be the perfection he craved above all else.

His other efforts were upstairs in the gallery, and while they were far from his lofty imaginings, they each represented another step forward toward his ultimate goal. He knew this exhibition would prompt worldwide interest, that was a given. His reputation was on the line. That at least was something he valued.

He grunted and moved the newest piece into the workroom. The more difficult application of his talent needed to begin.

Meredith keyed in her code, shouldered the door open and dropped her briefcase onto the polished boards of the entry. Working on autopilot, she flicked on the light and bent to collect the mail from the floor; throwing it onto the small bureau without bothering to check the sender. She shrugged off her coat and draped it over the arm of the sofa. Too damned weary to be bothered with any external interruptions tonight, she removed the home phone from its cradle and headed to the kitchen to fix enough coffee to sustain the long evening ahead, deliberately ignoring the well-stocked bar. She was well aware that she’d need every bit of concentration she could muster. She removed the Glock from her handbag, and out of habit, she placed it on the coffee table next to the perpetually full ashtray.

Her head was already pounding and she rubbed at her tense neck muscles until her fingers ached. Relief from the unresolved tension still hovered … just out of reach. She held her breath for a moment, stilling her impatience. If all went to plan, this thing would be finally ended. If justice existed at all, it would go well. All the years she’d worked to bring what was the only course left open to herself and the others to completion was coming. ‘Soon now’, was her daily mantra. But the darker visions still danced vividly in her mind’s eye and tormented her rare sleeping hours … it had been that way for almost twenty-five years.

The memory haunted her, dark and unforgivingly brutal. It replayed in clear and explicit detail every time she was forced to reflect on it … and its aftermath.

THE ALTERNATIVE IS NOW AVAILABLE FOR PRE-ORDER

“The Alternative” on AMAZON.COM

Thank you so much for joining me here today. Your support is very much appreciated.

I would be delighted to hear your thoughts and comments below.

Some Things Real and Some Imaginings
Robbie's inspiration