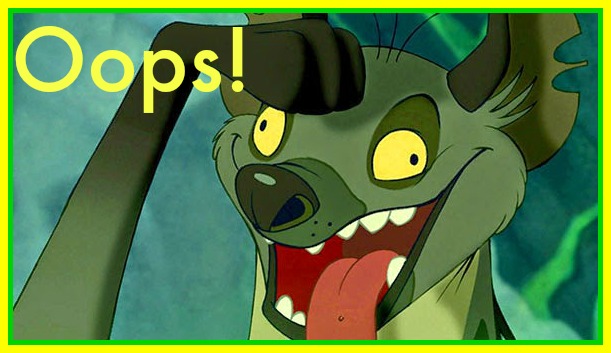 Hello, lovelies! You all know that I write seriously strange stuff when I need to just cut loose for a while…So here I am again, visiting the crazier than usual zone. Uh-huh … Yeah, so here we go!

I guess we all have those moments in life, you know the ones that you are certain to regret as soon as you recall whatever the hell it was that you did! Yeah, those rugged and dark times when you indulge in something legal or otherwise that you just HAD to have. My ‘Oops’ moments were continuing to create havoc.

The room stank. Body odor and cigarettes blended with stale booze.  My stomach was unimpressed that my sense of smell was still working.

I dry retched.  I shut my eyes and tried to remember just where the hell I was.  Hell seemed an appropriate placement, it sure was hot enough.

The memory hung there just beyond reach.  It troubled me somewhat, no matter how drunk I got, I had never blacked out before. It was a stupid thing to do.

The stench in the room increased.  A light came on.  What I saw made me wish myself unconscious again.

The thing sat in a stairwell.  It wasn’t quite a dog.  If it were, it was the ugliest one I had ever seen.

My first thought was, I hope to God this is only a nightmare. I pinched myself hard, and unfortunately, I felt it. The fetid odor of wet fur and old blood encouraged that notion.  My nose didn’t usually intrude itself in my dreams.

I moved, happy that I could do so.  I moved further.  The doglike thing emitted a sound that gurgled up through its throat; it spewed from its mouth, a combined growl and groan combined.  I shivered despite the enfolding humidity of the room.

It was angry and afraid.  Never a good combination in a nightmare that stank.

I shuffled myself backward on my ass.  I felt behind me in the light coming from where the thing sat.  My hands touched something cold and solid; I turned my head slowly to look, not wanting to attract Stinkys’ attention.  The scream I let rip, blew that scenario right out of the cellar.

The carcass had once been a female.  Now it was just a gutted thing crawling in maggots and covered in a congealed mess of intestines.  The genitals were the one remaining identifier.

I had attracted my ugly companion’s attention.  He—she … or it, moved onto a lower stair, the stench wafted over me as it moved.

Staying silent was hardly an option.  I was good with things with four legs as a rule.  Better though if I had a clue as to what I was dealing with.  It appeared to be a combination of an animal and an even uglier animal.

I guess if I looked that scary, I’d be pretty pissed as well.

I was deciding between throwing up or wetting myself, neither option was terribly attractive.

Good old Stinky had moved closer and was now only a couple of feet away.  He wouldn’t need to eat me.  The toxic fumes coming from him would decalcify my spinal column long before his sharp teeth could.  This thing made ‘Jaws’ look like a sardine with attitude.

I weighed up my options, trying not to glance behind me at the last person who made the wrong choice.

The trouble being of course that Stinky may well be the best deal I had.  I hate negativity; I decided to go with the easiest choice.  I stood and remained still.  My knees were shaking.  This didn’t assist in portraying myself as a solid “Terminator” type.  Stinky had a set of wedding tackle hanging between his legs.  It, was a he.

Stinky dropped to the floor.  He sat there making hideous sounds, his saliva pooling into a sticky mess in front of him.

So far so good, he had been conned by my immense physical presence.  Then again, he may just be tired from all that eating human beings stuff he’d indulged in.

I tried for the soft approach, hunkering down and talking in a calm controlled manner as I extended my hand, “So, Stinky, how’re they hangin’?”

“Whoa—the old ‘Rumplefargl’ huh?  Tough break, Stink. Hey, buddy, I understand.  Us guys have gotta stick together, which given the amount of saliva you’re making, is a distinct possibility.”

I sat down completely, wanting, of course, to make him more comfortable. Plus my knees had turned to marshmallow and simply wouldn’t hold me up any longer.

Good ol’ Stinky must have figured I was cool. He put what passed for his head on his front paws, and looked up at me gently with eyes only ‘Stephen King’ could invent.

I had to be careful how I responded to this one.  Suppose he was asking permission to turn me into a maggot-ridden mess like my other cellmate. Or worse yet, it could be a marriage proposal.

I gave it some thought, and then went for the psychological approach, “So with all this ‘Rumplfargl’ going on, Stink, when do you get a chance to just have time out alone? You know, just hangin’ out with the other things from hell and shootin’ the breeze and each other?”

He appeared to consider my question.  He stood and hurried over to the stairwell, “Rumplfargl.”

I followed him. Hell … why not?  I doubted whatever was up the stairs could be as disgusting as where I was.

I was so terrifyingly wrong.

I tried shutting the door again as a chorus of “Rumplfargl” greeted me.

10 thoughts on ““Oops!” The crazy stuff I write when I need to cut loose. @pursoot #IARTG #RRBC #BloggersBlast”