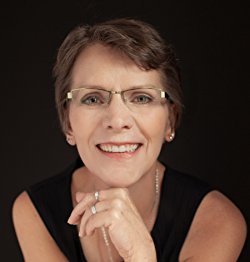 Want to take an adventure beyond your fingertips?
Award winning author, Maggie Thom loves the challenge of creating a web of secrets, lies and deceit. She doesn’t want you to figure it out until the end. Author of The Caspian Wine Suspense/Thriller/Mystery Series – Captured Lies and Deceitful Truths with Split Seconds published soon – and her other individual novels Tainted Waters (2013 Suspense/Thriller Book of the Year through Turning the Pages Magazine) and Deadly Ties. Take the roller coaster ride. It’s worth it. Get your free copy of Captured Lies.

Her motto: Read to escape… Escape to read…

“Maggie Thom… proves her strength as a master of words, plots and finely chiseled characters… she weaves a brilliant cloth of the many colors of deceit.” Dii – TomeTender 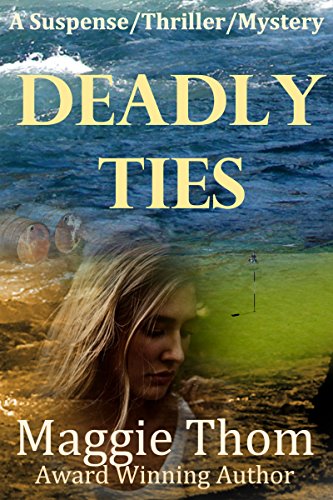 She went to jail for the right reason but the wrong murder.

With her mom in a coma, Kyara is determined to discover who is behind the brutal attack. Does her grandmother’s recent release from jail have anything to do with it? The police believe that some meth addicted youth are responsible but what Kyara uncovers is shocking. Is anyone telling the truth? Even Ryan who she thought might be able to help her is harnessing his own dark secret. Is he truly trying to help her or does he have his own agenda?

The golf course wasn’t built because the sport was gaining in popularity but to hide a deadly secret. Those responsible are determined to keep it buried and those who know anything are being silenced. Kyara finds herself trying to catch an old woman, stay ahead of those trying to kill her and unveil the truth. But can she do it before a town pays the ultimate price?

MY REVIEW.🌟🌟🌟🌟 🌟 Nothing tastes as good as revenge!

Once I had accustomed myself to Author Maggie Thom’s pacing I settled down for what proved to be a fast-paced and suspense charged thriller of a book!

The author has a marvelous talent for laying out numerous plot lines, and merging them with the skill of a surgeon. Many reviewers have covered the basic story-line and it is a complex one. I enjoyed the characterizations so much that they deserve a strong mention.

Meet, Getty. Sixty-seven years old, newly released from a twenty-year prison stretch, for a murder she did not commit. Oh, make no mistake, she murdered someone alright. Just not the man she was alleged to have killed. Getty is fueled by an overpowering need for revenge, intertwined with a guilt she will never shake.

She is out for blood, no matter who gets in her way. The character development is well handled. Getty is not quite what she appears to be. Or is she? That is just one challenge facing the reader, as Author Maggie Thom leads you deeper into the story.

Meet Kyara … Getty’s grandaughter. Kyara, shattered and damaged from the stigma she’s carried all her young life. Wanting to trust, and not knowing how, without exposing herself to yet more hurt and shame.

The author shows us Kyara’s guilt at her own treatment of a mother she’s ashamed of, and her proud determination to discover just who had been responsible for injuring her. Kyara is a strong character amidst a cast of strong characters. The author has created a character we can identify with, making Kyara human and three-dimensional, so she comes alive on the page.

A Myriad of supporting characters enrich the plot, all of them intensely visual, but it is the ever threatening aura of the characters even when they are not present on the page that makes this book the terrific thriller that it is.

Author Maggie Thom has created memorable characters that will linger long after you close the last page.