Jason Porter is convinced his lover Gabriel Parker is being unfaithful.

Hypnosis reveals that in the early 1900’s, Gabriel used to be a priest named Damien Fassnidge, who due to a sexual indiscretion, was banished to the island of Barbados as punishment.

Sailing from Cork to Barbados to take up his new position, Damien meets and befriends a brash, young Irishman named Nicholas Duffy, who is also on his way to take up the position as a sugar plantation manager. In Barbados friendship turns to love. Torn between his love for the church and his love for Nicholas, Damien decides to leave the priesthood, but before he has a chance to resign, an anonymous letter is sent to the church and he is dismissed. Defrocked and ashamed, he and Nicholas plan to leave the island, but a new piece of information comes to light which puts their relationship in jeopardy.

Will Jason Porter believe this incredible story about Gabriel Parker?

Nicholas Duffy watched Damien walk away. He liked him. He was not the usual, stuffy, old priest. He had a sense of humor, he was young and best of all, he took the occasional nip of gin. In addition, he was very handsome with his red hair, green eyes, and a muscular build. He was definitely not the image one conjures up when thinking of a man of the cloth.

Sitting with Father Damien had its advantages. He was a deterrent to those mothers eager to have their spinster daughters married off because they all knew that there were no eligible young men on the island. As long as he was sitting with the priest, mothers did not dare approach him on such a delicate subject.

The two men were as different as night and day. One was renowned as a gentleman and a man of the cloth, while the other was a man seeking to find his place in society, and Barbados was just the place to do it in spite of the unscrupulous reputation of the island. Nicholas`s lifestyle did not quite fit in with his conservative surroundings in Ireland, and when he saw the advertisement in the local paper, he jumped at his chance to climb the ladder of success.

“You’re gawking at me,” Damien remarked.

“I like looking at you. I was thinking how much more handsome you’ve become. It must be the Barbadian sunshine and fresh air.”

Damien put his cutlery down, and their eyes met.

“If I didn’t know you better, I would swear that you’re coming on to me.”

Nicholas did not reply, but kept on gazing at Damien.

“Tell me, Damien. Why did you become a priest?”

“Just as you wanted to be a plantation manager here on this island, is the same reason why I became a priest.”

“I had always thought that it had to be a calling. Why do I think yours wasn’t a calling?” he asked, getting up and standing behind Damien’s chair.

“That’s a misconception, Nick. It was a calling,” Damien said, reaching for his glass and swallowing back the rum in one gulp.

“Am I making you uncomfortable, Father?”

“What makes you think that?”

“You seem nervous,” Nicholas said, returning to his seat and continuing his lunch. “Do you remember that night when I came to your room? I was distressed and in need of comfort, and you comforted me.”

“That’s part of my vocation. I’m here to console those in distress.”

“Father, you are playing with me. You know what I’m saying, and if you don’t know, I’ll spell it out for yer.”

“It’s getting late. Perhaps I should be going.”

“So you do understand what I’m talking about?”

Nicholas stood up and moved close to Damien, so close he could smell the rum on his breath. Damien was nervous, and it showed. His eyelashes fluttered like a moth attracted to light, and he headed for the kitchen door, mistaking it for the entrance door.

“Can I get you something?” the wide-eyed housekeeper asked, unaccustomed to seeing house guests in the kitchen.

“I was on my way out, but I opened the wrong door.”

Nicholas was waiting by the car when he ran down the stairs.

“I wish you wouldn’t run away, Damien,” he said, opening the car door for the priest. “I’m sorry if I misjudged you. I was sure you wanted the same thing I wanted.”

“Don’t worry about it, Nicholas. I guess we both misunderstood each other.”

“I didn’t misunderstand you, Damien. I heard your fervent prayer.”

“I was lying naked on your bed that night, having just emptied my stomach. I passed out, and when I came to, I heard your pleas. You were asking if I was sent to your room to tempt you.” 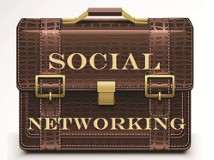 The book will go live on August 11th.