I’m delighted to welcome Author Jillian Brookes-Ward as my guest today. Jillian also writes under the name of Lucy Pepperdine.

If it wasn’t for sex, none of us would be here. It’s as normal a part of life as eating, breathing and sleeping – so why is it that it that some readers turn up their noses and cry ‘Foul!’ when they come across a sex scene in a book? It would seem some sections of society would like to prefer sex didn’t exist at all and because they don’t indulge (for want of a better word) would prefer no-one else did either. Gregor Mendel (1822-1884) the ‘father of genetics’, faced the wrath of his bishops when he conducted his experiments with mice, because the creatures had sex to procreate and the bishops were all (in theory at least) celibate. Mendel had the last laugh when he wrote in his journal – ‘What they don’t seem to realise is that plants have sex too!’

How do the sensibilities of others reflect on sex in literature today? It depends on how the sexual content of the book is presented. Obviously you don’t want to come across it in a cookbook – unless you’re reading one of Nigella Lawson’s food porn books – but when you pick up a romance, it shouldn’t come as too much of a surprise when expression of love turns to the physical. Despite their reputation for stiff laced prudishness, Jane Austen and Elizabeth Gaskell had plenty of sex in their books, it just wasn’t as graphically illustrated as it is today, you have to read between the lines, but it is definitely there. Attitudes have changed, we are braver now and more open with our portrayal of sex and let us not forget of course as is blatantly illustrated day in day out in advertising – sex sells. If you want to sell your book, it seems you have to follow the trend for tittilation, whether you like it or not.

We know life isn’t always a bed of scented red roses with muscled heroes and heaving breasted heroines thrusting and throbbing their way towards mutual ecstasy, there is the darker side of sex too. Rape, incest, necrophilia, paedophilia, bestiality – but you won’t see those advertised. They are considered taboos best swept under the carpet. Should we write about them, too? Yes, we should. To not to is as good as denying their existence.

On the other side of the coin we find the double standard whereby it is perfectly acceptable to depict gross non-sexual abuses on one’s fellows in the form of the most obscene scenes of pain and torture your imagination can cope with and it’s allowed, but not a tender love between two men or two women.

All these things are happening around us every day in the real world, but is it right to depict it in a book under the guise of ‘entertainment’? So where do you draw the line of decency? Where is the point when depiction of facts of life becomes an invitation to experiment and does the author bear any responsibility for the way they offer their sex scenes, keeping in mind their audience? These are difficult dilemmas for an author not to be approached lightly.

It looks as if we may be getting to the stage where we need to put a ‘Caution, adult content’ disclaimer on the cover of every book. How far do you have to go? List the pages? Should books be submitted for censorship and redaction like secret government documents? Of course not, that would be silly…wouldn’t it?

Sex is Nature’s gift. For the most part it gives a great deal of delight and enjoyment and unless future generations are to be conceived and grown in glass jars, long may it continue to do so, but portrayal of sex in literature is a two edged sword, you are damned if you do (smut) and damned if you don’t (prude) so it would seem that getting it right is a very delicate balancing act. 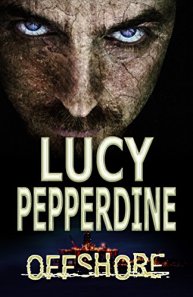 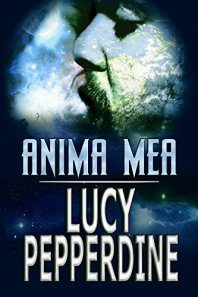 Travel, History, Fiction and Dogs, Romania & South Africa ~ For what is wind, but the amassed power of words long ago uttered? (Patricia Furstenberg)